In today’s time, eSports is already a multi-billionaire industry and is still growing at a pace that never has been witnessed before. In short, you can say that a 16-year-old DOTA2 player can win more than Tiger Woods at the Master’s Golf tournament.

What Are eSport Tournaments?

eSports are mostly played in tournaments, where potential gaming individuals and teams battle it out via qualification matches before entering the main tournament. The format of the tournaments many vary from single or double elimination rounds and are sometimes hybridized with group stages.

Often abbreviated as TI, The International is an annual tournament that is organized by Valve. It is a premier Dota 2 tournament that attracts teams from all corners of the world. After its third edition in 2015, TI added 25% of the total sales of the in-game Battle Pass to the total prize pool; thanks to this, TI instantly became one of the best-paid eSport tournaments today; the 2018 tournament saw a total prize pool of more than $25 million. 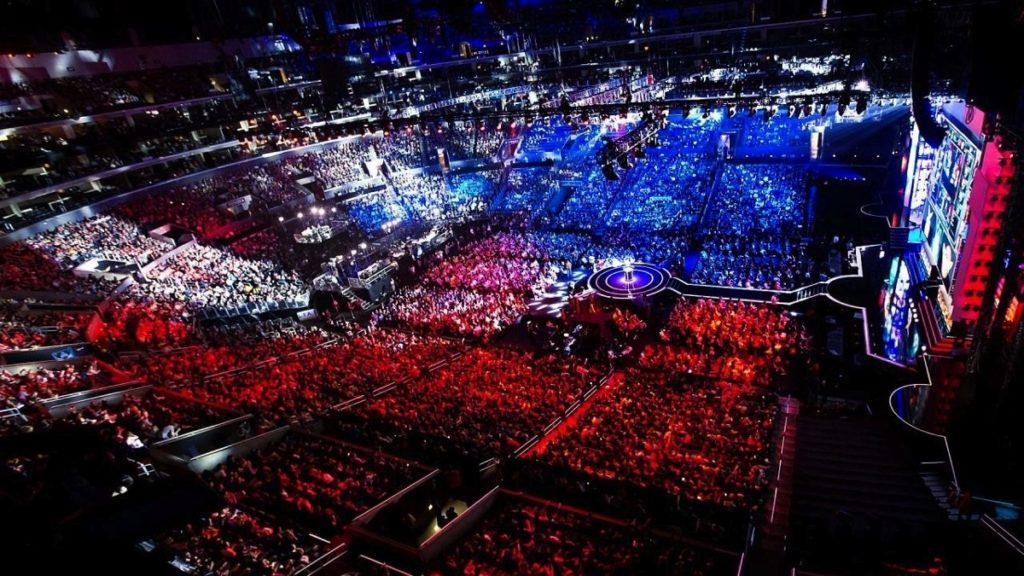 The tournament consists of 18 teams; 12 teams earn a direct invite based on the results of a series of tournaments, which are also known as the Dota Pro Circuit. The other six teams result from winning regional qualifying play-offs from CIS (Commonwealth of Independent States), Europe, China, Southeast Asia, South America, and North America.

Some top TI teams include:

Commonly known as Majors, the CS:GO Major Championships are eSports tournaments of Counter-Strike Global Offensive supported by the game’s developer, Valve. The Majors were first developed and introduced in 2013 and had a total prize pool of $2.5 million.

Sixteen total teams compete in the Majors. The teams, known as Legends, earn automatic berths to the next Major; the other eight teams, known as Challengers, are decided by regional qualifiers, mostly from North America and Europe.

The Majors are considered the most prestigious tournaments of CS:GO, with players from all over the world competing for the prize money. While Valve supplies a significant chunk of the prize money, the tournaments are organized by other eSport organizations like DreamHack, Major League Gaming, and ESL.

Some top Majors teams include:

The Fortnite World Cup Finals bring in a prize pool worth over $40 million. While the game’s true competitive play is still under question, there is no doubt that Fortnite brings in a pool of gamers and streamers from across the globe to play.

Fortnite World Cup finals have two main events – the solo event and the duo event. Each event has a prize pool of $15 million each, with more than 100 players competing against each other. The Pro-Am, as well as the primary World Cup, is a battle royale game where players need to avoid attacks, stay within the shrinking circle, and build a base for protection. The last team or player that remains alive is declared the winner.

The Overwatch World Cup is an annual international tournament that is organized by Blizzard Entertainment. The current format includes a preliminary stage where players from all countries are allowed to participate.

The top five nations that have qualified from the preliminary stage move automatically to the group stages, along with five teams qualified automatically. From each group, three teams advance to the single-elimination playoff that takes place every year in November at Blizzard’s BlizzCon event.

The Overwatch World Cup is related to the Overwatch league and often consists of the same players as well. However, instead of professional organizations and teams, the players in the World Cup represent their respective nations. The group stages maps consist of the three-map set format and do not allow Assault Maps to be played.

The PUBG Global Championship is considered one of the best eSports tournaments UK for battle-royale format. The season is divided into three phases; each one of these phases is followed by other international tournaments, like the PUBG Nations cup.

Each region hosts regional events before selecting the top teams to take part in the international tournament. The PUBG Global Championship takes place each year in November, with a prize pool of more than $2 million for the winner.

Some great PUBG teams are:

ESL One, which is the successor of ESL Major Series One, is organized by Electronic Sports League. This tournament brings together players and teams from all corners of the world to compete in an eSport tournament that has never been seen before.

A total of 15 teams from regional qualifiers participate in this tournament; out of these three teams, each is from Southeast Asia, China, and Europe. It also includes two teams each from South America, North America, and CIS. The last team is the StarLadderImbaTV Minor S3 champion.

Some great ESL One Dota 2 teams include:

The 2019 UK eSports tournaments edition saw a lot of new milestones, especially in terms of viewers. This edition saw more than 100 million viewers during the finals between G2 eSports and FunPlus Phoenix. This championship also saw a prize pool of $2 million.

Some great League of Legends Championship teams are: