FIFA is a soccer simulator in which players compete against each other on a professional basis for the champion title. The game allows you to hone your own football skills and amaze the audience, but in an electronic format. As befits a discipline with a large audience and fans, FIFA bets are accepted.

There are many varieties of cyber football, among which even an experienced bettor can easily get confused. Conventionally, two main types can be distinguished: FIFA eSports discipline, and FIFA as a simulation (in fact, it is virtual football). In the first version, gamers and organizations compete with each other, just like in Dota2 or other eSports discipline. In the second, virtual matches are launched on the FIFA engine, and the bookmaker offers to place bets as they go.

FIFA is the most popular soccer simulation game that can be played on PC, PlayStation and Xbox. The game has been released since the last century and is one of the most successful virtual games in history. Every year, a new, improved version of the simulator appears, attracting the attention of not only avid gamers, but also fans.

What could be better than choosing your favorite club and leading it to victory in the Champions League by doing it yourself, albeit in the virtual world? Perhaps, only to make money on this. Bookmakers have given us such an opportunity for a long time, because at the moment, eSports has already caught up with basketball or tennis in popularity. Therefore, football fans can place eSport FIFA bets on the tournaments, which are held very often.

The prize fund of many competitions exceeds millions of dollars, and perhaps in a few years we will come to the conclusion that transfers of e-sportsmen will cost the same cosmic sums as in real football. Well, the most important thing is that it is not difficult to bet on any outcome in a FIFA tournament, because almost every bookmaker has begun to focus on eSports in 2022.

Before the coronavirus pandemic and the cancellation of all major competitions, not all bookmakers accepted bets on cyber football. But the situation has changed. Nowadays, eSports is represented almost everywhere and takes over the lion’s share of all bets. Experts predict that the popularity of eSports among bettors will not subside even after the quarantine. But not all bookmakers specialize in eSports. Today, sports betting fans can make predictions for FIFA at the following FIFA betting sites:

The game was developed by representatives of EA Sports from Canada. They offered their first football from the FIFA series back in 1993 for the SEGA game console. Two years later, the PC version appeared, and in 1999 it was adapted for the PlayStation console. As a result, it became the basic platform for all further development of the game. It is on PS that all FIFA eSports tournaments are held today. One of the features of the game is the annual update of the game (FIFA 17, FIFA 18, FIFA 19), while the developers are making targeted improvements, leaving the controls, player mechanics and other parameters unchanged, and guaranteeing the necessary level of continuity.

A feature of the latest versions of FIFA is the presence of the original 2v2 game mode, when one team is simultaneously controlled by a pair of gamers. This mode is often used in tournaments, for example, the FIFA eNations Cup, requiring team coordination. A more traditional game format is 1 on 1, where one person completely controls the game of his team. It is he who is still the main one in the conduct of eSports tournaments in FIFA. 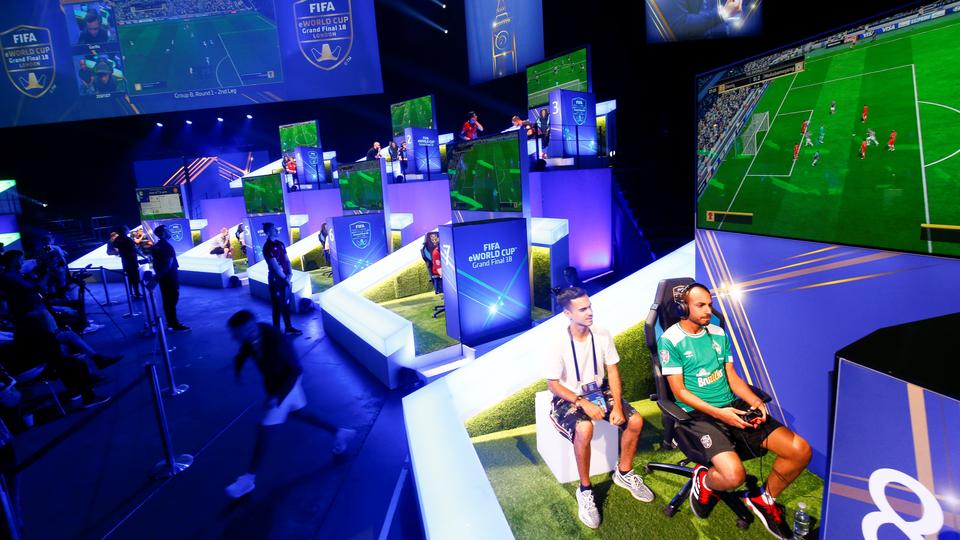 First and foremost, we need to completely distance ourselves from what we know about real football betting. If in the traditional form, we observe the game of 22 players on the field, then there are only two athletes who use joysticks to control the players on the screen. This may scare you off, but think for yourself. It is much easier to assess one athlete and his psychological state than an entire football team. In addition, there is no question of any physical intricacies of the game of soccer eSport.

Cyberfootball players are least likely to be injured, and potential health problems can only affect a cold or sore throat. This makes eSports betting more predictable. In addition, statistics play an important role, which is the main factor. When watching FIFA matches, you can always highlight some trends in the form of a player. Nevertheless, if we take into account the bets on traditional football and virtual, then we will find a lot in common. We are talking about outcomes. There are also bets on the winner, handicaps, totals and others. E-sports betting options vary by competition. The larger the tournament is, the more varied the line will be. The most popular types of FIFA bet options that can be placed before the start of the match or during the game in almost any bookmaker’s office are:

If a FIFA tournament is significant, the list for one match is about 100 betting options. The line for less important competitions in cyber football disciplines contains no more than 30 types of bets.

It is also called bet on the victory. They bet, usually, taking into account the handicap, and therefore, that one of the opponents is ahead of the other in the number of points in the 6th or 8th inning. There is no concept of a draw in this form. If the score is equal, extra innings are set. In the case of a pass, the winnings are paid out via the money line.

This is a very popular type of long-term event betting. It can be a victory of a player or a team in a separate tournament. The odds for such bets are usually quite high, therefore, beginners in betting often decide that these types of bets are very risky.

They have their own chips and features:

Such bets differ from traditional ones only by one fundamental feature: the match is already being held. Therefore, each market is offered exactly during the competition. These coefficients change constantly. So for a good bet, you need to react to events as quickly as possible.

This is a different type of betting for low odds events. Bookmakers offer players to bet on several independent events at the same time. The final multiplier is obtained by multiplying the odds of individual events, which leads to an increase in the possible winnings. Such a bet wins if all the events included in the “acca” are correctly guessed. If at least one prediction fails, then the bet is lost.

They are common in classic sports, but they are still rare in eSports. The point is that special bets are created for any situation that may happen. This is a rather risky bet, but this type always attracts real money lovers. These bets are offered for unexpected events and most often they do not involve analysis or in-depth research.

How to bet on FIFA eSports

FIFA eSports betting has its own specifics. Lineup of cyber football in bookmakers is inferior to traditional sports. This is especially true for pre-match bets, but is partially offset by a wide lineup in Live. For example, a pre-match bets include stakes on the outcome, double chance, individual and general totals and handicap. In live, the choice of bets increases. During the meeting, clients have access to bets on the exact score, bets on which team will score the next goal, and on the outcome in one favor or another with a high or low total.

For this reason, live bets will be much more rewarding and less risky, as there is less chance of a comeback in e-football, which plays in favor of the teams that score first. To be successful at eSports betting, you need to play FIFA on your own. Only in this case you will be able to notice the nuances that are important for the bet: who plays the ball first, who cannot realize one hundred percent chances, who is more nervous. Watch online broadcasts carefully. If you don’t play FIFA on your own and watch the competition online, you will have to be content with rare, random successes.

Here are some other FIFA betting tips: 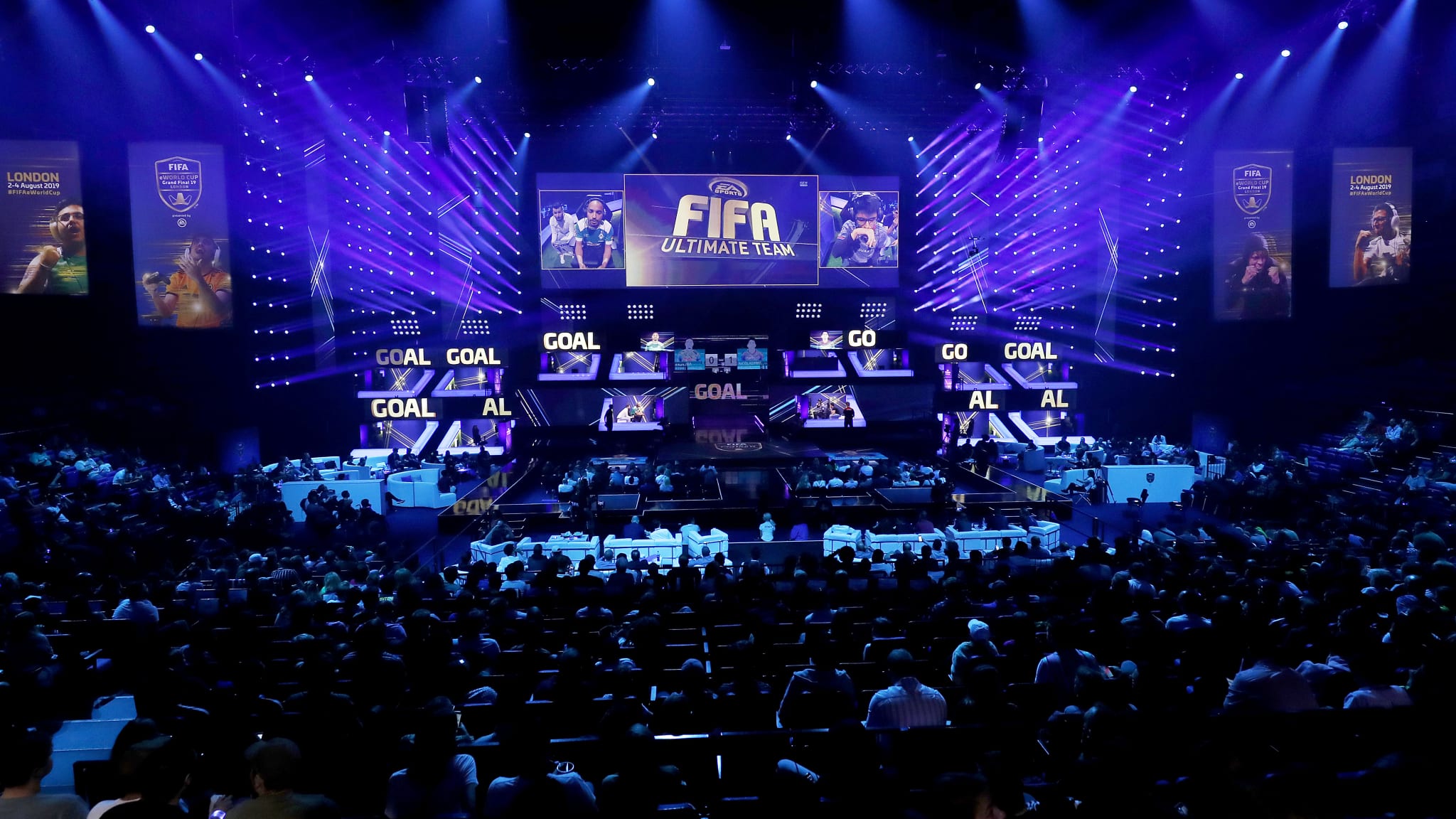 Cyber ​​football is distinguished by a huge number of competitions held at the level of individual countries and even geographic regions, but there is a series of tournaments of a global scale in the world, participation in which is a huge achievement for players.

Today, there are three main groups of tournaments, differing from each other by the organizing companies.

EA often hosts small tournaments with various sponsors, inviting top rated eSports players. Many competitions are held in collaboration with professional football leagues such as the Premier League and Ligue 1. Singles tournaments are held in many countries. They are not approved by EA, but the company allows non-commercial FIFA tournaments to be held without EA’s knowledge.

EA Sports is hosting the FUT Champions Series. These tournaments are the main events in the EA Sports FIFA 20 Global Series and are considered qualifiers for the FIFA eWorld Cup Main Event. The series consists of 6 tournaments in total. Each of them includes 32 players who have passed the online selection. Also, each of these tournaments has 4 seats reserved on Xbox and PlayStation for the players with the best performing in the previous FUT Champions Cup. Players will earn substantial prize money (from $ 500 to $ 50,000) as well as Ranking Points for their performance in FUT Champions. Based on the results of 6 played tournaments, the 16 players with the most points automatically enter the FIFA eWorld Cup. Additional 16 players are selected for the FIFA eWorld Cup via online qualifiers.

The top 16 players of the season and 16 online qualifiers compete for the title of World Cyber ​​Football Player of the FIFA eWorld Cup. The tournament is held in LAN format at the eSports arena. The last FIFA eWorld Cup was held in London.

Players play matches on both platforms (PS and Xbox One). In the final, two matches are played (one on each platform), and a champion is determined based on their results. The last winner of the FIFA eWorld Cup was the German Mohamed “MoAuba” Harkus. He received a trophy, $ 250,000 and an invitation to The Best FIFA Football Awards.

ESL is the most recognized eSports brand in the world. It is a world-class leader in a wide variety of games, with a huge amount of online and offline competitions, from amateur tournaments to global stadium-packed events such as ESL One and Intel Extreme Masters. FIFA eSports Leagues include matches involving clubs from the championships of England, Spain, Germany, Italy, France, Russia, Portugal, the Netherlands and Ukraine. ESL is one of the oldest eSports organizations hosting FIFA tournaments.

It should be understood that FIFA betting odds, as well as for other computer disciplines, are set in such a way that the advantage is always on the side of the bookmaker. Making money with simple strategies such as flat is impossible here because of the negative mathematical expectation for the player.

Therefore, you need to use more complex techniques or combinations of simple financial strategies.

The guys whose names are heard by all fans of cyber football are Tekkz, Msdossary, Gorilla, MoAuba, Megabit and many others. Donovan “Tekkz” Hunt is one of the most famous Fifer. A 17-year-old player from England has devoted more than 12 years of his life to virtual football and only got on the professional scene in 2017. He is one of the most titled cyber football players in the world, with more than 15 different trophies to his credit.

Msdossary is only 18 years old and already the FIFA World Champion, MoAuba will turn 24, but he also won the world championship and also became the best player in Germany for 5 years in a row.