How To Play Fortnite For Beginners 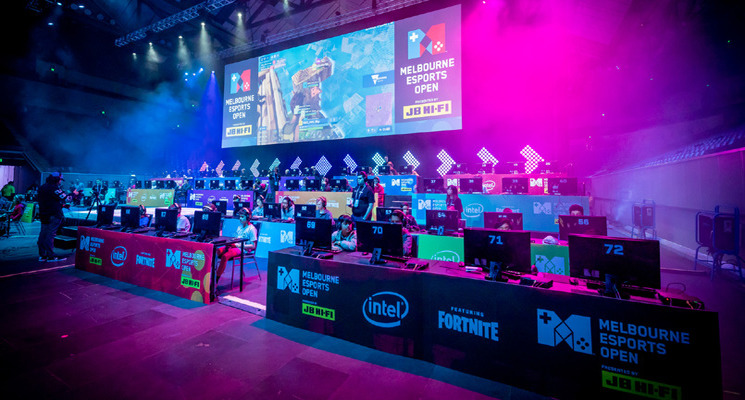 If you have finally decided to go ahead and look for new games to play, you can learn how to play Fortnite. While it is a great thing that you chose to jump in as a new player, the fact that there are already millions of players from around the world scrapping the game might feel like an overwhelming experience. This guide will help you learn to play Fortnite and get you started in the best manner possible.

Fortnite is a survival game where 100 players battle against one another in a player-vs-player combat mode to be the last man standing. It is an action-packed and fast-paced game. Similar to The Hunger Games, fast and strategic thinking is a must if you want to survive.

Players have to skydive to a small island and, by default, equipped with a pickaxe. They need to scavenge for more weapons while simultaneously avoiding a deadly electrical storm. As the other players are eliminated one-by-one, the playing field gets smaller; this means that the remaining players are put closer to one another.

You will see updates on how one gamer killed another, which adds a sense of urgency to the overall gaming experience. While the game is free-to-play, you need to create an account with Epic Games.

With more than 40 million people playing Fortnite right now, the number will only continue to rise. It is quite a unique game with different playing strategies, and the outcome plays out a lot different from what you would expect.

The game continues to evolve as it enters a new era with Fortnite Chapter 2 Season 1. While the island is completely changed, the core gaming mechanics remain the same. Here are some tips that can help you play Fortnite cross-platform and according to your strengths:

If you wish to team up with your besties, you need to know how to facilitate cross-platform matches, unless you all are playing on the same format. With so many different changes that have been introduced in Fortnite Chapter 2 Season 1, there is no better time to get your band together as you have a lot more to do – unlock more items, win more, etc.

Fortnite gameplay will allow Windows PC, Mac, Nintendo Switch, Xbox One, PlayStation 4, and mobile (iOS and Android) players to play together. While it can be a bit tricky to figure it out, it is definitely worth the effort to play over multiple platforms with your friends.

Once you enable cross-platform, you will be able to play with anyone, no matter if they are using Switch, PC, Xbox One, PS4, or even a mobile device. Doing this also means that the progress that is being recorded on your Fortnite account can be carried around any platform that you play on. It means that all your locker items, Battle Pass, and season levels will remain the same and will be accessible, no matter how and where you play.

However, play on a cross-play platform is a bit tricky. You need to follow some steps, and each one of them is different for different platforms or devices. So, you need to know some things before you can play Fortnite on various platforms.

Which Platforms Are Compatible?

It is perhaps the most vital element of the game’s cross-platform feature. If you wish to play this game with your friends across different platforms, you need to play them on PlayStation 4, Xbox One, Android, iOS, Mac, and Windows platforms. Players can battle one another in any one of these platforms.

For quite some time, Nintendo Switch Fortnite gamers were also able to play with gamers on other supported formats. However, an update to the game was removed in March 2019 that supported Switch Fortnite players to cross-play with PlayStation 4 and Xbox One players.

It was done because the Switch version of Fortnite had a limit of 30fps, while the PS4 and Xbox One versions had a much higher 60fps. Today, Switch players can only play cross-platform with Android and iOS players by default.

Also, PlayStation cross-platform does not work with Xbox One, since they could not conclude the problem. However, there is hope that Sony will work out a solution, and did recently tweet out an interesting statement regarding the cross-play issue between

Additionally, Android and iOS players can only play against Xbox One, PlayStation, Mac, and PC players if the latter join a cross-play party. In this case, the players will be placed in cross-play matchmaking queues.

How To Play Fortnite Cross-Platform?

You need to note that you will be able to experience Fortnite cross-platform with people that are your friends on your Epic account. This list is different from your Xbox One or PS4 friend list. Hence, if you wish to play on your console, you need to visit EpicGames.com and create an account. If you are playing the game on your mobile or PC device, you would already have one.

However, this does not mean that you will be able to hop into the mobile lobby as a PC player and win the game. It would be unfair to the opposition, simply because you have better controls and increased resolution. The player on the top of the platform hierarchy will be matchmade in the same platform. For instance, if you (PC) are playing with a PS4 and mobile player in the same squad, you will be playing against PC players.

Once you create an account, you will need to become friends with the people with whom you want to play a cross-platform game of Fortnite. However, this feat is not possible on a console; you will need a Mac or PC to do this.

You will have to download the Epic Launcher and log into your account. Next, you need to tap on the silhouette on the top right corner, enter your friend’s username or email address, and then tap on OK. Repeat this process until you have invited all your friends. Once the friend requests are accepted, you can play Fortnite in the system of your choice.

With the help of the process above, you will be able to enable a cross-platform for all your Fortnite matches. The only lingering problem is that you cannot enter a party chat if you are available on all devices. However, you can try to solve the problem creatively and use other sources like Discord, Skype, or Google Hangouts to communicate with other players.

How To Play Fortnite On PC?

DO you want to know how to play Fortnite on PC? Playing Fortnite on your PC is extremely easy. You first need to head over the main Fortnite website and tap on the ‘Play Free Now’ button to install the game on your PC. Once you have installed and launched the game, you need to select Battle Royale from the menu located on the left.

Next, you will find yourself in the lobby, where you can select any one of the game modes mentioned below:

Here are the keyboard/mouse Fortnite controls that can help you learn the game faster:

Alternatively, if you want to immerse yourself in the world of Fortnite, you can consider investing in a good gaming headset. It will help you hear in-game sounds like the sound of a gun or enemy approaching more easily. Additionally, you will be able to communicate with your team in a more coherent manner.

From the above, it is clear that you will be able to play Fortnite on almost any type of platform. Epic Games has developed Fortnite with cross-platform gamers as one of the considerations. However, while there are yet some issues that remain to be solved, as the technical limitations of the Nintendo Switch version, it will not be long before you can get your gang together and start your gaming spree without any hassles.